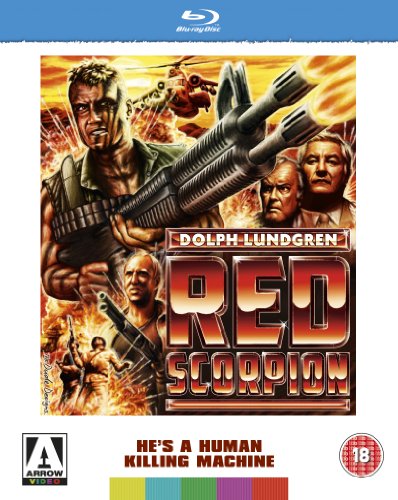 Red Scorpion starred Dolph Lundgren,  M. Emmet Walsh, Al White, and Brion James.  Lundgren plays a Russian KGB agent who is sent to Africa to kill an anti-Communist black revolutionary.  However, he has a change of heart when he sees how the Russians and their Cuban allies are killing and repressing the locals, so he switches sides and helps the rebels.  Red Scorpion was released in 1988 and grossed over $4 million at the box office.

The Blu-ray will include several supplements including: