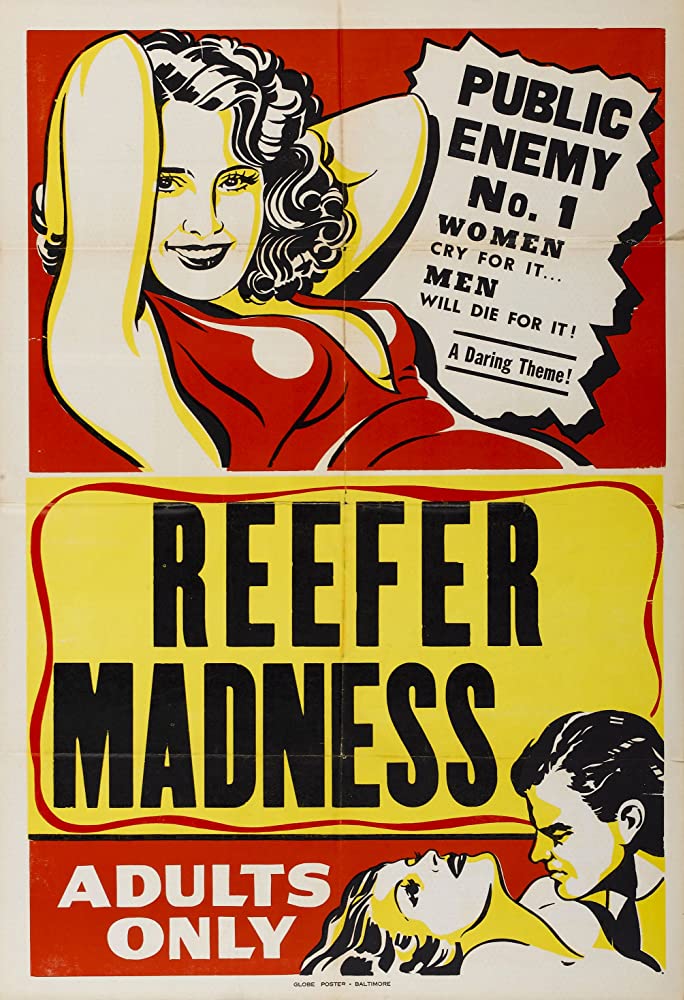 Reefer Madness also known as Tell Your Kids is the classic cautionary tale as told by a high school principal to a bunch of parents at a PTA meeting. Mae and Jack are dastardly accomplices in the distribution of marijuana. Mae uses her womanly charms to seduce some local high school students into smoking the reefer in her apartment. The elicit drug quickly shatters the lives of each and every person who comes in contact with it. The film ends with the principal advising viewers to put down the pot, and pick up the Jesus. Amen!

Listen to the Film Review