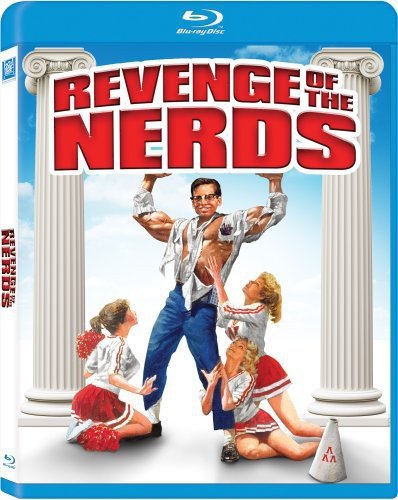 Revenge of the Nerds [Blu-ray]

‘Revenge of the Nerds’ Movie Synopsis

When two nerds, Gilbert and Lewis, begin their freshman year at Adams College, little do they realize danger awaits them. Initially, the jocks of Alpha Beta fraternity just tease them. However, when they accidentally burn down their own house, they need a place to stay. The school then tosses all freshmen out of the freshmen dorm to accommodate their football players. Soon, Lewis develops a crush on Betty Childs who is a popular sorority sister and quarterback’s main squeeze. The Alpha Betas ramp up their attacks on the nerds, but the nerds quickly decide to form a fraternity of their own to defend themselves. Now it’s time to turn the tables on the jocks in order to rule the school.