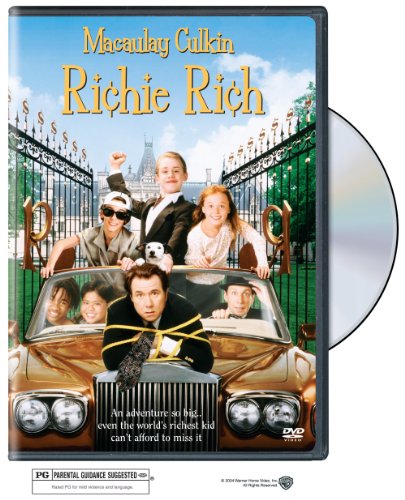 Richie Rich has been born into inexhaustible wealth and the heir to billions, Nevertheless, Richie is still unhappy due lack of real friends his age to play with. However, everything is about to change, when a sinister scheme–devised by someone who yearns to take over the lucrative business empire–maroons Richie’s doting parents in the middle of the ocean, leaving him all alone to save the corporation from the clutches of scheming executives and their dangerous henchmen. Now, Richie–along with his loyal valet, Herbert Cadbury, and a young team of unexpected allies–must find the whereabouts of his lost parents, while, in the meantime, try to run his father’s company. Can the world’s richest kid save the day?