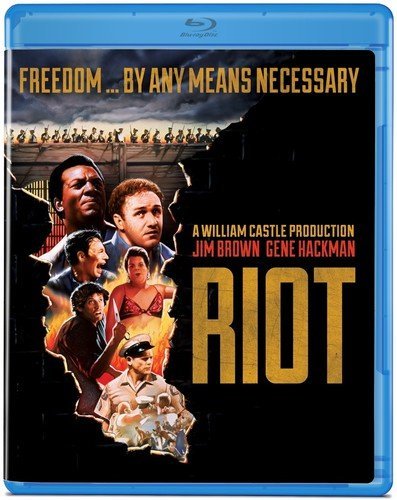 Olive Films has announced that addition of the drama Riot to their upcoming slate of Blu-ray releases. The film was directed by Buzz Kulik and is based on the novel by Frank Elli. The drama starred Jim Brown, Gene Hackman, Mike Kellin, Gerald S. O’Loughlin, and Ben Carruthers. Riot is currently available for pre-order online and will be available in stores everywhere beginning on September 17th.

In the film, led by two inmates, the prisoners in a state facility take guards hostage and stage an all-out riot, protesting ill-treatment, but unbeknownst to them it’s a ruse for their two leaders to escape through a secret tunnel while all the commotion is going on. Riot was released into theaters in January of 1969.