Rustlers’ Rhapsody is a hilarious parody of the old small silver screen, ‘singing’ western. Directed by Hugh Wilson of Police Academy fame, it tells the story of Rex O’Herlihan, a singing cowboy who, immaculately dressed upon his wonder horse, Wildfire, rides into town to clean it up and then rides out again. He carries a guitar and orders milk at the local saloon, and when he finds out that it’s not that sort of bar, orders a large gin with a human hair in it instead. Supporting Rex on every move is Peter, the town drunk who aspires to become his sidekick. Rex is a good guy who plays his guitar and only shoots the bad guys in the hand. However, the bad railroad baron doesn’t like good guys, so he hires Bob Barber to see Rex out of town! 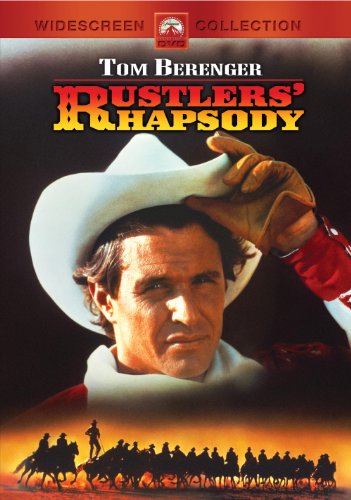