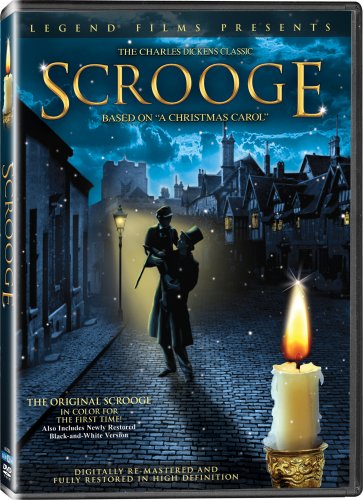 Scrooge - In COLOR! Also Includes the Original Black-and-White Version which has been Beautifully Restored and Enhanced!

In one of the first adaptations of the classic Charles Dickens’ tale, Sir Seymour Hicks plays Ebenezer Scrooge, a cold-hearted businessman who hates Christmas and looks down upon anyone who celebrates it. However, when the ghost of his former partner appears to him on Christmas Eve and warns him that he may share his fate of damnation unless he changes his ways, Scrooge begins a magical journey through the past, present, and future that will give the miser a new perspective on life and Christmas.