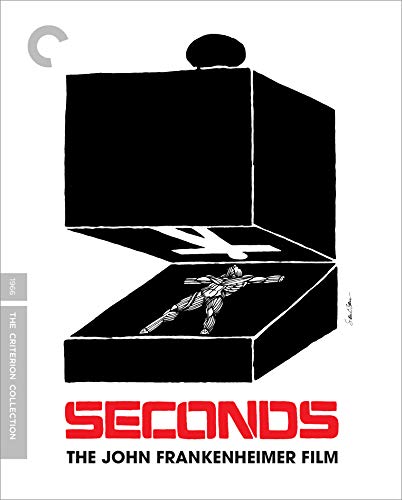 The Criterion Collection has announced that they are adding Seconds to their upcoming slate of Blu-ray releases. The film was directed by John Frankenheimer and stars Frank Campanella, John Randolph, Murray Hamilton, Jeff Corey, Will Geer, Richard Anderson. Seconds will be available in stores and online August 13, 2013.

Rock Hudson is a revelation in this sinister, science-fiction-inflected dispatch from the fractured 1960s. Seconds, directed by John Frankenheimer, concerns a middle-aged businessman dissatisfied with his suburban existence, who elects to undergo a strange and elaborate procedure that will grant him a new life. Starting over in America, however, is not as easy as it sounds. This paranoiac symphony of canted camera angles (courtesy of famed cinematographer James Wong Howe), fragmented editing, and layered sound design is a remarkably risk-taking Hollywood film that ranks high on the list of its legendary director’s major achievements.