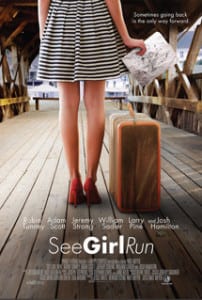 In the film, a young adult woman decides to revisit her past relationships in order to find some guidance in her current life.

Here is the theatrical trailer for See Girl Run, courtesy of MovieClips TRAILERS.