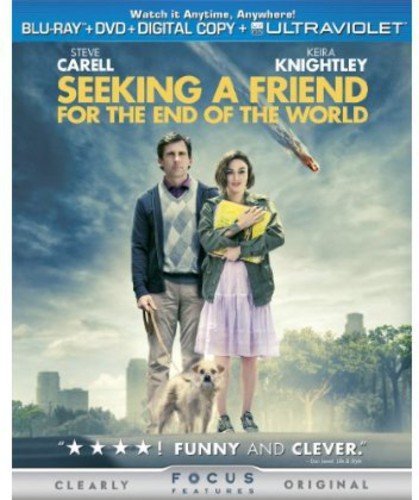 Seeking a Friend for the End of the World [Blu-ray]

‘Seeking a Friend for the End of the World’ Movie Synopsis

In Seeking a Friend for the End of the World, Dodge Petersen finds himself all alone and heartbroken after his wife dumps him weeks before Earth’s apocalyptic ending. With a massive asteroid about to hit the planet, Dodge makes a mutually beneficial pact with his British next-door neighbor, Penny, who will help him reconnect with his high school sweetheart, as she tries to reunite with her family back in England. Among the chaos and riots, these two desperate travelers find themselves spending their last days alive chasing one final dream.

Focus Features released Seeking a Friend for the End of the World to theaters on June 22, 2012. Lorene Scafaria directs the film which stars Steve Carell, Keira Knightley, and Melanie Lynskey.

The Martian (2015) Gets an Extended 4K UHD Edition

The Martian (2015) Gets an Extended 4K UHD Edition