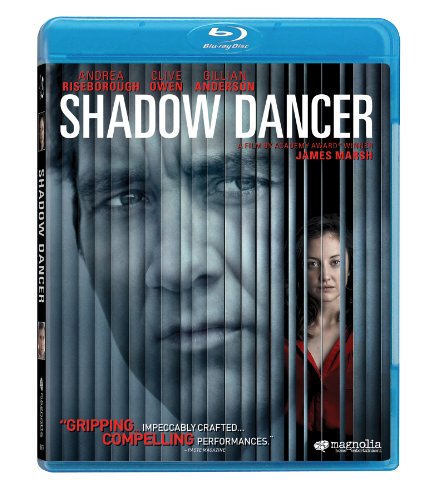 Magnolia Pictures has announced that they are bringing the thriller Shadow Dancer to Blu-ray this summer. The film is directed by James Marsh and is written by Tom Bradby who based the screenplay on his novel. The drama thriller stars Clive Owen, Andrea Riseborough, Gillian Anderson, Aidan Gillen, Domhnall Gleeson, and Brid Brennan. Shadow Dancer will be available for purchase online and in stores beginning on August 20th.

The film takes place in Belfast in the 1990’s. Collette (Riseborough) lives with her mother and brothers, all member of the IRA. After a failed attack in London, Collette is arrested and offered a choice: either she spends 25 years in jail, and thus loses everything she loves including her young son, or she becomes an informant for MI5, spying on her own family.

Magnolia Pictures has not released any details concerning the exact tech specs and special features that will be included with the disc.