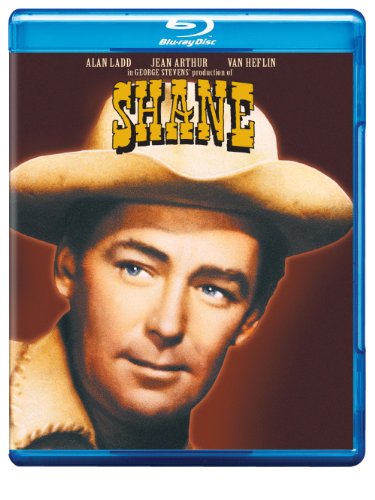 Warner Bros. Home Entertainment has announced that there are bringing the Academy Award winning Shane to Blu-ray this summer. The classic film was directed by George Stevens and starred Alan Ladd, Jean Arthur, Van Heflin, Brandon De Wilde, Jack Palance, and Ben Johnson. Shane will be available online and in stores beginning on June 4th.

Acclaimed director George Stevens’ legendary rendition of the quintessential Western myth earned six Academy Award nominations (Best Picture, Best Director, Best Screenplay, Best Cinematography-WINNER, Best Supporting Actor – De Wilde, Best Supporting Actor – Palance) and made Shane one of the classics of the American cinema. The story brings Shane (Ladd), a drifter and retired gunfighter, to the assistance of a homestead family terrorized by a wealthy cattleman and his hired gun. In fighting the last decisive battle, Shane sees the end of his own way of life. Mysterious, moody and atmospheric, the film is enhanced by the intense performances of its cast.

Shane was released in September of 1953 and grossed over $20 million at the box office.

Disclaimer: Affiliate links are contained in this post. This means when you click a link, and purchase an item, Movie House Memories will receive an affiliate commission. Advertisers and Affiliate Partnerships do not influence our content. See our Terms of Use about the inclusion of affiliate links on this site for more information.
April 28, 2013
1 minute read
Show More
Back to top button
Close
Close