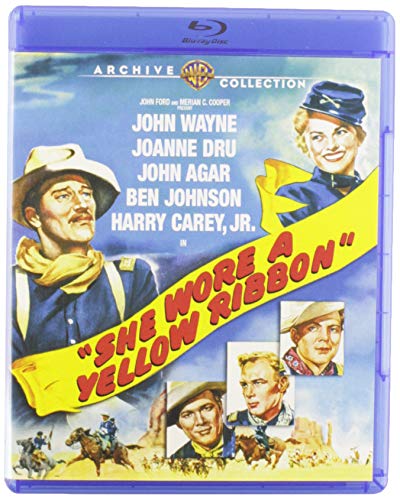 She Wore a Yellow Ribbon [Blu-ray]

After Indians wipe out Custer and the 7th Cavalry, everyone expects the worst. When the government orders Captain Nathan Brittles, who is only a few days away from retirement, out on one last patrol, they order him to take along Abby Allshard, wife of the Fort’s commanding officer, and her niece, the pretty Olivia Dandridge. Olivia has caught the eye of two of the young officers in the Company; Lt. Flint Cohill and 2nd Lt. Ross Pennell. She’s taken to wearing a yellow ribbon in her hair, a sign that she has a beau in the Cavalry, but refuses to say whom she is wearing it for.