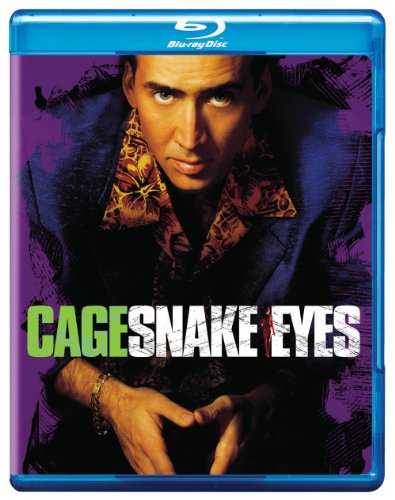 Warner Bros. Home Entertainment has announced the addition of the crime thriller Snake Eyes to their upcoming slate of Blu-ray releases. The film is being released as part of their distribution deal with Paramount Pictures. The thriller was directed by Brian De Palma and stars Nicolas Cage, Gary Sinise, John Heard, Carla Gugino, Stan Shaw, and Kevin Dunn. Snake Eyes will be available for purchase online and in stores on September 10th.

In the film, an assassination attempt during a packed arena boxing match thrusts a corrupt Atlantic City detective named Rick Santoro (Cage) into a murder case with one catch: there are more than 14,000 potential suspects. Eliciting the help of his friend, US Navy Commander Kevin Dunne (Sinise), Santoro soon finds himself in the midst of a deadly conspiracy where nothing is what it appears to be.

Snake Eyes was released in August 0f 1998 and grossed over $103 million in worldwide box office.