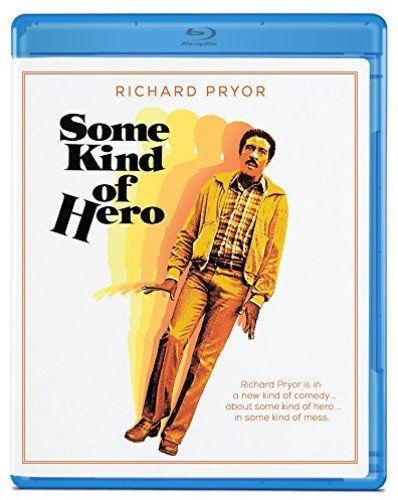 Some Kind of Hero [Blu-ray]

Olive Films has announced that they will release the 1982 crime dramedy Some Kind of Hero onto Blu-ray. The film was directed by Michael Pressman and starred Richard Pryor, Margot Kidder, Ray Sharkey, and Ronny Cox. Some Kind of Hero will be available for purchase online and in stores beginning on September 22nd.

Comedian Richard Pryor once again proves his agility as an actor in Some Kind of Hero as Eddie Keller, a Viet Nam P.O.W. who returns home to a world he no longer recognizes. His wife has moved onto a new man; there’s a daughter he didn’t know he had; his mother confined to a nursing home with bills mounting and no work prospects, Eddie hatches a plot to get-cash-quick. But there are unexpected consequences when the local mob gets involved. The supporting cast includes Margot Kidder as a hooker with a heart of gold; Ray Sharkey as Eddie’s P.O.W. cellmate; Ronny Cox as a sympathetic colonel; and Lynne Moody as Eddie’s confused wife.

Some Kind of Hero was released April 2, 1982 and went onto gross over $23 million at the box office.

Here is the theatrical trailer for Some Kind of Hero, courtesy of Tray Davenport.

Disclaimer: Affiliate links are contained in this post. This means when you click a link, and purchase an item, Movie House Memories will receive an affiliate commission. Advertisers and Affiliate Partnerships do not influence our content. See our Terms of Use about the inclusion of affiliate links on this site for more information.
July 31, 2015
462 1 minute read
Show More
Subscribe
Login
0 Comments
Inline Feedbacks
View all comments
Most Recent Posts
Facebook Twitter LinkedIn Tumblr Pinterest Reddit
Back to top button
Close
wpDiscuz
0
0
Would love your thoughts, please comment.x
()
x
| Reply
Close