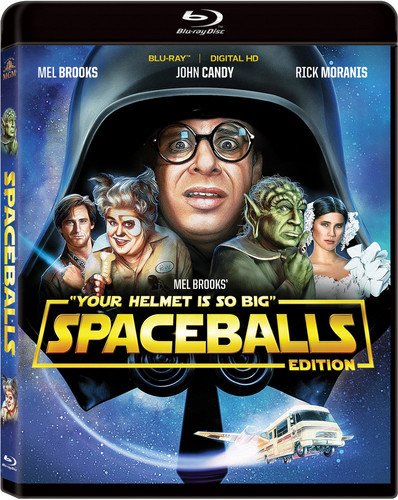 In Spaceballs, Lonestar and his trusty sidekick, Barf, wind up rescuing a princess from the evil clutches of Dark Helmet. He, along with his group of Spaceballs seeks to rule the universe. After Dark Helmet comes up with a sinister plan to take all the air from planet Druidia, Lonestar finds he has the Schwartz. Along the way,he finds out that he’s a certified prince, and he marries the cute princess once he and Barf save the day. All in Druidia live happily ever after.

Spaceballs was released in June 1987 and grossed over $38 million at the box office.

Knock On Wood (1954) Coming To Blu-ray This August