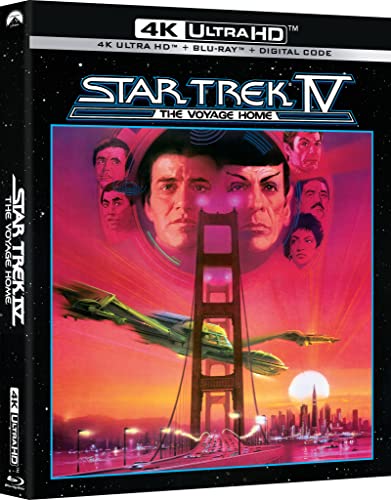 Star Trek IV: The Voyage Home begins in the 23rd century. A gigantic space probe appears over Earth, and emanates strange sounds towards the planet. It hovers as if waiting for something. As time goes on, the probe starts to cause major storms on Earth, and threaten its destruction. Admiral James T. Kirk and crew are called upon once again to save mankind. They discover the strange sounds are actually the songs of the humpback whale – which has been hunted to extinction. They have only one choice – to attempt to time travel back into the 20th century, locate two whales, and bring them back to 23rd century Earth to respond to the probe.