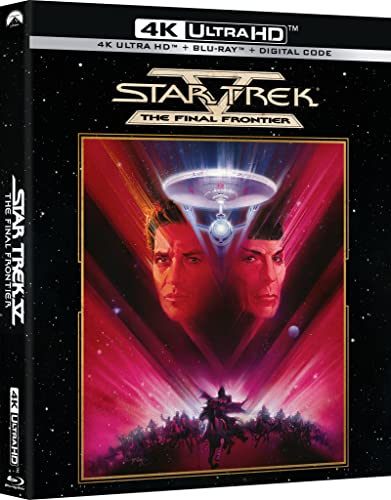 Star Trek V: The Final Frontier begins with Captain Kirk on vacation. However, it’s cut short after a renegade Vulcan hijacks the Enterprise to find a mythical planet. Kirk and his crew sets out to stop this madman in an adventure that takes them to the center of the universe and, perhaps, before the face of God. With the crew under Vulcan control, the captain must rely on an unlikely alliance to save the galaxy. Meanwhile, a Klingon captain wants to make a name for himself, and sets out to pursue the Enterprise and Kirk himself.