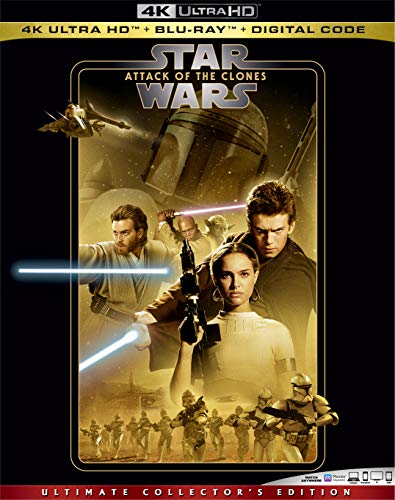 ‘Attack of the Clones’ Movie Synopsis

Attack of the Clones begins ten years after the events of the Phantom Menace. Padmé Amidala is now a Senator for her planet of Naboo. After Count Dooku has his separatist group try to assassinate her, the Jedi reveal that there are not enough of them to defend the Republic against the new threat. Meanwhile, Chancellor Palpatine has secretly recruited Jango Fett to be the source of a clone army to protect the galaxy. As Obi-Wan Kenobi continues to train the young Anakin Skywalker in the Jedi ways, he finds that he’s taking just as many steps down the path of the Dark side.

Twentieth Century Fox released Attack of the Clones to theaters on May 16, 2002. George Lucas directed the film which starred Hayden Christensen, Natalie Portman, and Ewan McGregor.