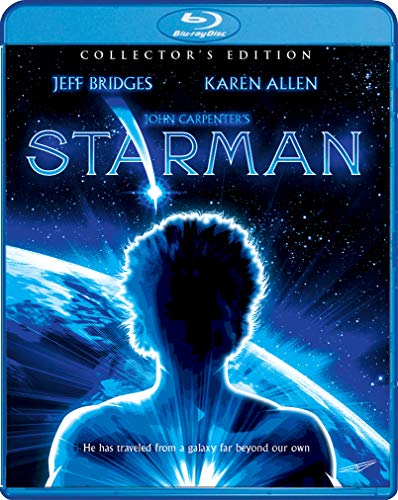 Starman begins when the military shoots down an alien spacecraft over Wisconsin. The alien pilot escapes and wanders to a remote cabin of a distraught young widow. There it clones itself into the form of her recently deceased husband before coercing the shell-shocked woman to drive him to a pickup point hundreds of miles away in Arizona. If she doesn’t, he’ll die. While she agrees, the government is hot on their trail; intent on seizing him, dead or alive. En route, Jenny turns from captive to captivated as the alien re-awakens her humanity, and she falls in love with him.