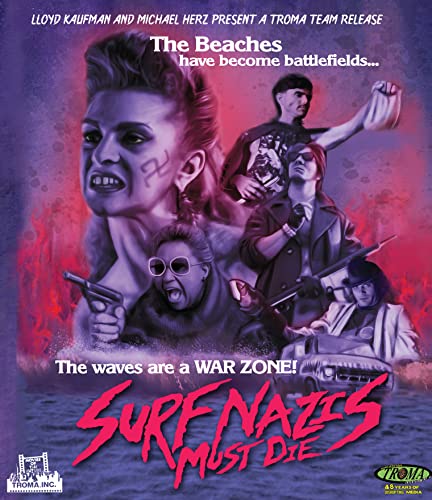 In Surf Nazis Must Die, an earthquake leaves the California coastline in ruins. With the beaches in chaos, a self-proclaimed Führer of the new beach leads a group of neo-Nazis into fights with rival surfer gangs to seize control. However, when these thugs kill an oil well worker out for a jog on the beach, they get them a new enemy—the man’s mother. His death devastates her and she vows revenge. With more a handguns and grenades than she can carry, the woman breaks out of her retirement home and exacts total vengeance on them.