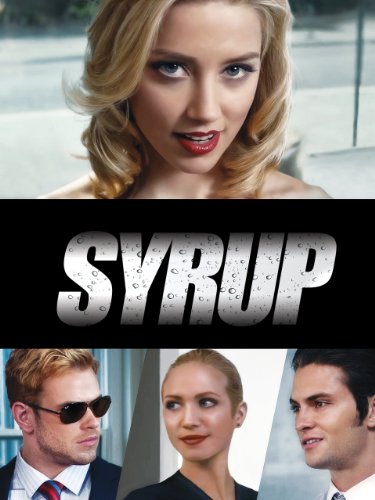 Magnolia Pictures has announced that they will release the comedy Syrup onto Blu-ray this August. The film is directed by Aram Rappaport and is based on a novel by Max Berry with a screenplay by Rappaport and Barry. The film stars Brittany Snow, Amber Heard, Shiloh Fernandez, Kellan Lutz, Rachel Dratch, and Michael Teh. Syrup will be available on Blu-ray online and in stores beginning on August 13th.

Based on the best-selling book, Syrup is an edgy comedy that exposes the cut-throat world of advertising through the eyes of a young prodigy chasing fame, fortune, and the woman of his dreams. Fresh out of school with a degree in marketing, Scat will do anything to prove that he has what it takes to swim with the rich and wildly successful. Scat comes up with a brilliant new product that gives new meaning to the old saying “sex sells.” He is sure it will send him right to the top…if only he can convince his boss, the beautiful and mysterious “6,” that it’s an idea worth millions. Betrayed by his best friend “Sneaky Pete,” Scat stumbles through an industry riddled with deception. As he begins to realize that fame and fortune have cost him his morality, he must rediscover his true self behind the elaborate image he has created or risk losing the love of his life. In a world where the average person sees over eight hundred ads in a single day, SYRUP takes a biting look at the insidious—and often ridiculous—side of advertising. Crackling with romance and humor, this razor-sharp satire leaves you guessing and laughing until the end.

Magnolia Pictures has not revealed any of the technical specifications or special features for the Blu-ray as yet.

Disclaimer: Affiliate links are contained in this post. This means when you click a link, and purchase an item, Movie House Memories will receive an affiliate commission. Advertisers and Affiliate Partnerships do not influence our content. See our Terms of Use about the inclusion of affiliate links on this site for more information.
May 15, 2013
1 minute read
Show More
Back to top button
Close
Close