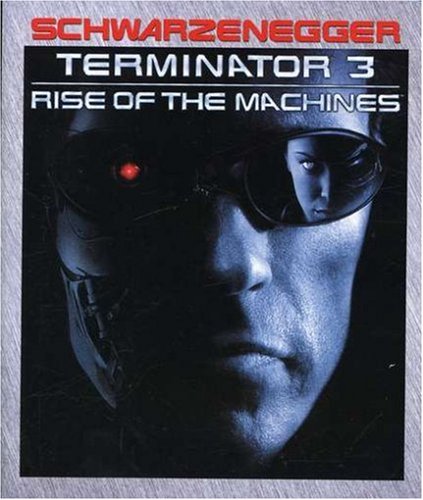 Terminator 3 - Rise of the Machines [Blu-ray]

Set ten years after the events of Terminator 2: Judgment Day, John Connor is now an adult living a nomadic life off the grid. His mother Sarah has died years before of leukemia, leaving John as the sole person in the world with knowledge of what may come. However, when two Terminators appear from the future again with missions to destroy and protect, John finds that he and his mother did not stop Judgment Day, they merely delayed it. Now, John, the T-101, and a woman named Kate Brewster must work together to stop the new Judgment Day, which is set to begin at 6:18 that day. If John cannot stop the rise of the machines, humanity maybe doomed.