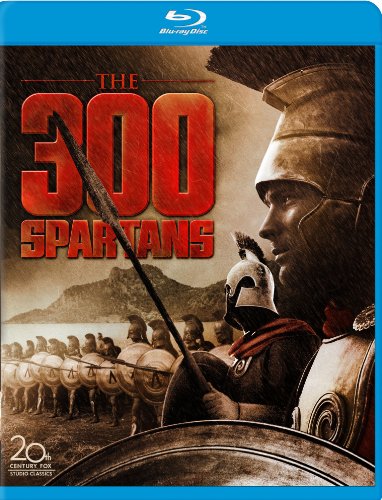 20th Century Fox Home Entertainment has announced that they will bring will bring the adventure film The 300 Spartans to Blu-ray this summer. The film is directed by Rudolph Maté and stars Richard Egan, Ralph Richardson, Diane Baker, and Barry Coe. The 300 Spartans will be available for purchase online and in stores beginning on July 23rd.

Based on actual event occurring in 480 B.C. Greece. This scintillating drama stars Egan as the Greek soldier Leonidas, who led 300 Spartan soldiers against an overwhelming Persian army in the Battle of Thermopylae. Unable to recruit the soldiers he needs to defend a critical Greek mountain pass against Persia’s King Xerxes, Leonidas nonetheless prepares for battle. When warned that the number of arrows his tiny army will face “will blot out the sun”, Leonidas replies that his army will “fight in the shade.” With it’s superb cinematography, realism and musical score, this story of courage and self-sacrifice is inspired filmmaking at it’s best.

The Blu-ray will include special features, including the original theatrical trailer and television spots.

Disclaimer: Affiliate links are contained in this post. This means when you click a link, and purchase an item, Movie House Memories will receive an affiliate commission. Advertisers and Affiliate Partnerships do not influence our content. See our Terms of Use about the inclusion of affiliate links on this site for more information.
May 31, 2013
1 minute read
Show More
Back to top button
Close
Close