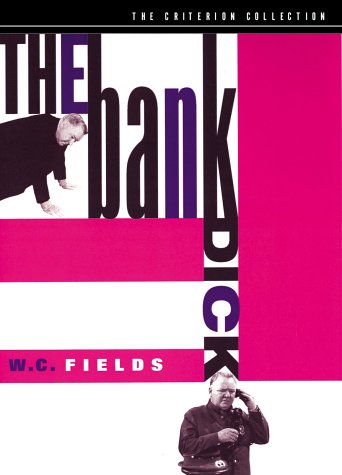 The Bank Dick (The Criterion Collection)

W.C. Fields stars as an unemployed, henpecked drunk who spends most of his time at the Black Pussy Cat café. Things take a turn for the absurd when he unwittingly captures a bank robber and lands a job as a security guard. Written by Fields under the pseudonym Mahatma Kane Jeeves and featuring one of his most hilarious performances, The Bank Dick is an undisputed classic of American comedy.