Egbert Sousé is a hard drinking family man who is unhappily married to his demanding wife Angela. He spends his nights smoking and drinking and his days sleeping since he is constantly in the state of unemployment. He stumbles into a job as a movie director after the film’s first director drinks himself out of a job. However, when he inadvertently stops one of two bank robbers from robbing the local bank, he is given the generous job of bank detective. Hilarity ensues as Egbert struggles to learn the details of his job and how to protect the bank. 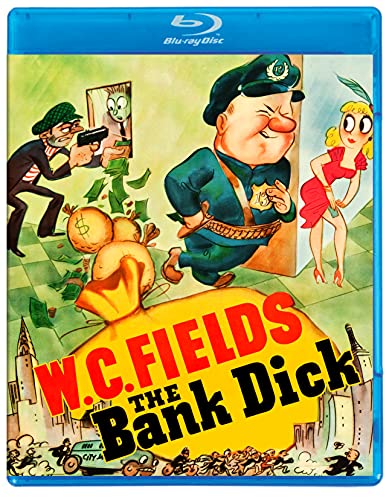 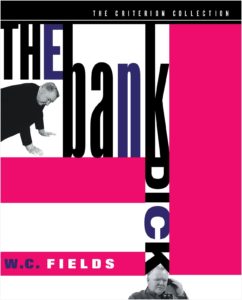 Egbert Sousé (W.C. Fields) is a hard drinking family man who is unhappily married to his demanding wife Agatha (Cora Witherspoon). He is constantly henpecked by his wife and his mother-in-law Hermisillo Brunch (Jessie Ralph) for his drinking, smoking, and carousing at bars. To make matters worse, Egbert is broke so he constantly takes money out of his younger daughter Elsie Mae’s (Evelyn Del Rio) piggy bank and leaves I.O.U.’s. Egbert’s eldest daughter Myrtle (Una Merkel) has recently become engaged and introduces her fiancé Og Oggilby (Grady Sutton) to her father.

A movie is being shot in Egbert’s town and the film’s director, A. Pismo Clam (Jack Norton), gets blind drunk. The movie’s producer Mackley Q. Greene (Dick Purcell) is forced to find a new director and offers the job to Egbert. Egbert takes the job despite knowing nothing about film making. While Egbert is on his lunch break from the film, Egbert accidentally catches one of two men who robbed the bank where his prospective son-in-law Og has a job as a teller. The bank president Mr. Skinner (Pierre Watkin) gives Egbert a job as the bank’s special officer, a bank detective.

One night after work, Egbert meets a swindler J. Frothingham Waterbury (Russell Hicks) at the bar. Waterbury tries to sell some questionable stock in the Beefsteak Mining Company. Egbert convinces Og to invest in the company, but when the bank teller finds himself short on cash, Egbert convinces Og to steal $500 from the bank to invest. Egbert tells Og that he can replace the money once he receives his annual bonus. However, the bank examiner J. Pinkerton Snoopington (Franklin Pangborn) shows up a couple of days later to audit the bank.

Egbert delays the audit by inviting the auditor to the Black Pussy Cat Café, a saloon run by one of Egbert’s friends, Joe Guelpe (Shemp Howard). At the Café, Egbert drugs him with some knockout drugs in his drink and has him examined by a quack Dr. Stall (Harlan Briggs) to convince the auditor that he is sick. However, Snoopington is determined to do his job and shows up the next day to conduct the audit. Og passes out when he sees the examiner, and Egbert tries to delay the audit by depriving Snoopington of his glasses.

As Snoopington is about to discover the missing funds, Frothingham shows up at the bank and offers to buy the stock back from Og at a discount. While Og and the conman negotiate, Egbert learns that the mine the stock is associated with has struck it rich. Egbert realizes that he and Og are now extremely wealthy and no longer need to worry about the audit. In the middle of the chaos, the escaped bank robber, Repulsive Brogan, returns to rob the bank for a second time. He places a gun in the back of Egbert and orders Og to turn over the money and the stock certificates, which the bank teller does. Brogan takes Egbert hostage and has the bank detective drive the getaway car.

The police, the bank director, Og, and the movie producer all give chase in their respective vehicles. During the chase, Brogan’s getaway begins to fall apart due to Egbert’s poor driving. Eventually, Brogan is knocked unconscious during the chase. Once the police catch up to the car, Egbert is once again given credit for the bank robbers apprehension even though he really had nothing to do with it. He is given $5,000 for the Brogan’s capture. He is given an additional $10,000 and a contract to direct a film from the movie producer for a story idea that he proposed to Mackley earlier. Combined with the money from the stock certificates, Egbert is now an extremely wealthy man. The film concludes with the Sousé family now living in an elegant mansion. They are well-spoken and treat Egbert with respect. Egbert goes out for a walk and begins to follow Joe on his way to open the Black Pussy Cat Café.