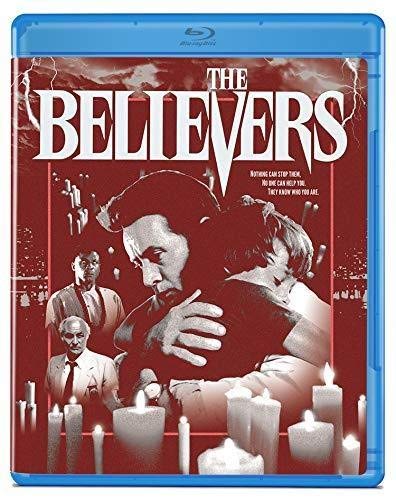 Following the tragic death of his wife, psychologist Cal Jamison (Sheen) and his young son Chris (Harley Cross, Someone to Watch Over Me) relocate from Minneapolis to New York City to start a new life. Enlisted by Lt. McTaggert (Loggia) to help solve a baffling suicide case involving voodoo, Cal soon finds himself in the middle of an investigation with ties to a Caribbean religious cult and a series of ritualistic murders that will place him and those he loves in grave danger.

The Believers, based on the Nicholas Conde novel The Religion, is written for the screen by Mark Frost (co-creator of Twin Peaks), photographed by Robby Müller (Paris, Texas) and co-stars Jimmy Smits (TV’s NYPD Blue), Harris Yulin (Another Woman), Richard Masur (The Thing), and Elizabeth Wilson (9 to 5).

Disclaimer: Affiliate links contained in this post will take you to Amazon.com and/or the iTunes Store. This means when you click a link, and purchase an item, the MHM Podcast Network will receive an affiliate commission. Advertisers and Affiliate Partnerships do not influence our content. See our Terms of Use about the inclusion of affiliate links on this site for more information. Affiliate partnerships do not influence the rating given in this review.
June 11, 2019
1 minute read
Show More
Back to top button
Close
Close