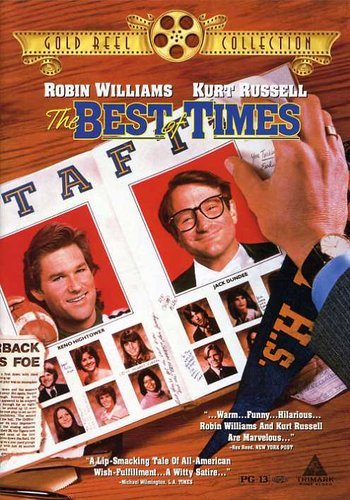 The Best of Times

‘The Best of Times’ Movie Synopsis

Jack Dundee lives in Taft, California as a meek banker. A 1972 high school football game between his school at Taft and powerhouse Bakersfield; one where Dundee drops a perfect pass from quarterback and friend Reno Hightower still haunts him. (The game ended in a tie because of the dropped pass.) While Dundee has a bright idea to replay the game, he has trouble convincing Reno and the rest of the town. Dundee then resorts to desperate measures to make the game reality.