In the competitive world of birding, a Big Year is seeing or hearing as many different species of birds as possible in a calendar year. When Kenny Bostick, Stu Preissler, and Brad Harris set their sites on the Birder of the Year title, things become a bit cutthroat. To complicate matters, their lives back home gets in the way. Kenny’s wife hounds him for a baby. Stu’s firm pesters him to return home for sensitive business negotiations. While Brad finds himself divorced and underemployed at the age of 36. The men traverse around our great nation, following migration patterns and continental storms that might force birds to ground. Who win? Who loses? What are the costs in pursuit of The Big Year? 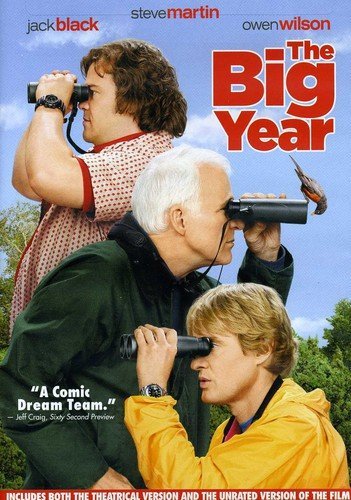 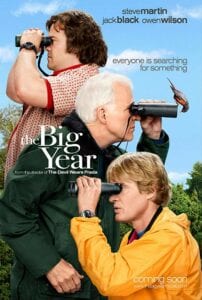 The Big Year follows three birders in a contest to observe as many species of birds in a calendar year. This feat is called a “Big Year.”

Brad Harris and Stu Preissler compete with Kenny Bostick to be the world’s greatest birder. Bostick looks to beat his world record of 732 bird species counted with Brad and Stu on his heels.

Brad is a divorcee who works as an IT guy at a power plant, and is very lonely. Stu is a successful CEO trying to retire for the 2nd time, but he is unable to let go. Bostick is a successful contractor, but his birder obsession is straining his marriage. Having just set the record for species found the previous year, Bostick leaves his wife again for another year. He tells her he must go out again just to make sure no one tries to break his record.

Soon enough, Bostick comes across Stu and Brad. All three men are doing a Big Year, but they deny they are doing it. Seeing them as competition, Bostick outwits the men as Stu and Brad bond. Over the course of the year, the men find as many bird species as possible whilst coming to realizations about their life and future.

Brad realizes he simply wants to find love, and falls for fellow birder and bird caller Ellie. Stu retires to spend time with his family and his new grandson. Bostick commits to being the best birder in the world, while his wife picks up and leaves him.

The men realize these goals by the end of the film with Bostick breaking his own record again, and winning the “Bird Year.” Now that he is single, he heads to China alone to see more birds. Brad and Stu laugh about finishing behind Bostick, and realize how their year was about much more than just birding.