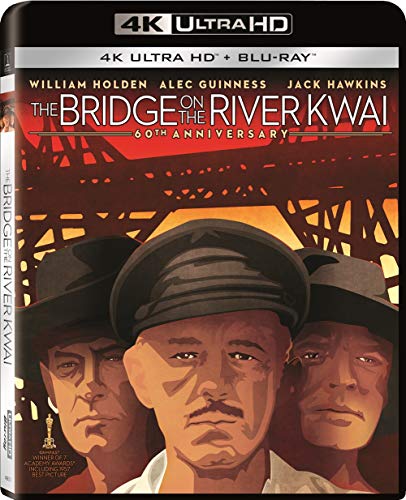 ‘The Bridge on the River Kwai’ Movie Synopsis

In the middle of World War II, a group of British POWs are brought to a Japanese internment camp in order to build a bridge that will connect the railways between Bangkok and Rangoon. The commanding officer of the POWS, Colonel Nicholson, begins a battle of wills with the commander of the prison camp, Colonel Saito. Eventually, Nicholson wins the battle but loses himself as he becomes obsessed with completing the Japanese bridge in contradiction to his military training. At the same time, a group of commandos is sent to the Burmese jungle with one mission, the destruction of the bridge on the River Kwai, no matter what.

Mclintock! (1963) Gets an Authentic Collector’s Edition on Blu-Ray

Mclintock! (1963) Gets an Authentic Collector’s Edition on Blu-Ray