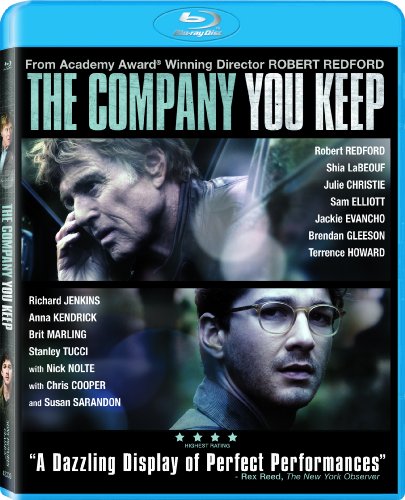 The Company You Keep [Blu-ray]

When Jason Sinai, one of the last Vietnam-era fugitives still wanted on murder charges for a robbery gone wrong in 1974, encounters a young newspaper reporter in search of a story, he must abandon years of safe underground life for the dangerous life of the road — traveling across American and deep into his past. Set against the rise and fall of the radical anti-war group the Weather Underground, The Company You Keep is a sweeping American saga about sacrifice, the ecstatic righteousness of youth, and the tension between political ideals and family loyalties.

The Company You Keep was released in April of 2013 and grossed over $5 million at the box office in a limited release.

Disclaimer: Affiliate links are contained in this post. This means when you click a link, and purchase an item, Movie House Memories will receive an affiliate commission. Advertisers and Affiliate Partnerships do not influence our content. See our Terms of Use about the inclusion of affiliate links on this site for more information.
June 26, 2013
1 minute read
Show More
Back to top button
Close
Close