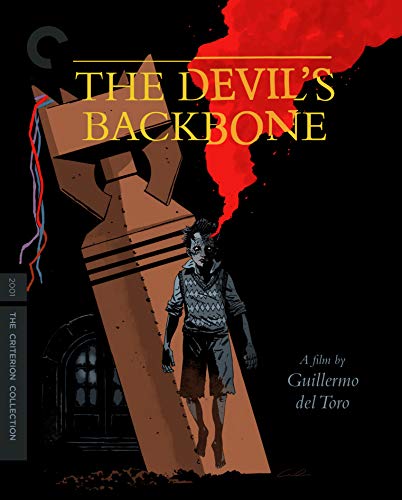 The Criterion Collection has announced that they are adding The Devil’s Backbone to their upcoming slate of Blu-ray releases. The film was directed by Guillermo del Toro and stars Eduardo Noriega, Marisa Paredes, Federico Luppi, and Fernando Tielve. The Devil’s Backbone will be available in stores and online July 30, 2013.

The most personal film by Guillermo del Toro is also among his most frightening and emotionally layered. Set during the final week of the Spanish Civil War, The Devil’s Backbone tells the tale of a ten-year-old boy who, after his freedom-fighting father is killed, is sent to a haunted rural orphanage full of terrible secrets. Del Toro effectively combines gothic ghost story, murder mystery, and historical melodrama in a stylish concoction that reminds us—as would his later Pan’s Labyrinth—that the scariest monsters are often the human ones.

Disclaimer: Affiliate links are contained in this post. This means when you click a link, and purchase an item, Movie House Memories will receive an affiliate commission. Advertisers and Affiliate Partnerships do not influence our content. See our Terms of Use about the inclusion of affiliate links on this site for more information.
May 29, 2013
354 1 minute read
Show More
Subscribe
Login
0 Comments
Inline Feedbacks
View all comments
Most Recent Posts
Facebook Twitter LinkedIn Tumblr Pinterest Reddit
Back to top button
Close
wpDiscuz
0
0
Would love your thoughts, please comment.x
()
x
| Reply
Close