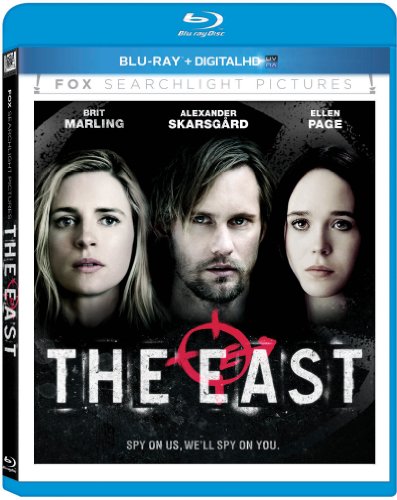 20th Century Fox Home Entertainment has announced the addition of the espionage thriller The East to their upcoming slate of Blu-ray releases. The film is directed by Zal Batmanglij and stars Brit Marling, Alexander Skarsgård, Ellen Page, Jason Ritter, Shiloh Fernandez, and Julia Ormond. The East is currently available for pre-order online and will be available in stores everywhere beginning on September 17th.

The East follows Sarah Moss (Marling), a brilliant operative for an elite private intelligence firm whose top objective is to ruthlessly protect the interests of their A-list corporate clientele. She is assigned to go undercover to infiltrate an anarchist collective known for executing covert attacks upon major corporations. Living amongst them in an effort to get closer to their members, Sarah finds herself unexpectedly torn between two worlds as she starts to fall in love with the group’s charismatic leader, finding her life and her priorities irrevocably changed.