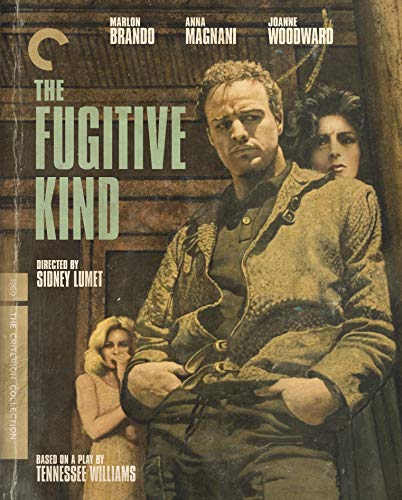 Four Oscar-winning actors—Marlon Brando, Anna Magnani, Joanne Woodward, and Maureen Stapleton—shine in this enthralling film, which also brings together the legendary talents of director Sidney Lumet and writer Tennessee Williams. A smoldering, snakeskin-jacketed Brando is Val Xavier, a drifter trying to go straight. He finds work and solace in a small-town southern variety store run by the married, sexually frustrated Lady Torrance (Magnani), who proves as much a temptation for Val as does local wild child Carol Cutrere (Woodward). Lumet captures the intense, fearless performances and Williams’s hot-blooded story­telling and social critique with his customary restraint, resulting in a drama of uncommon sophistication and craft.