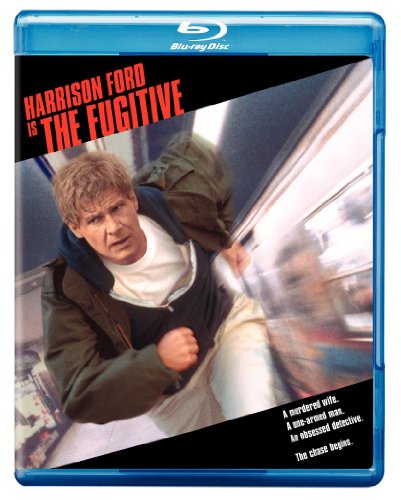 In the film, unjustly accused and found guilty of murdering his wife (Ward), former Chicago surgeon Dr. Richard Kimble (Ford) escapes from custody and races to uncover the identity of the real killer and the reasons for his wife’s death, all while being the target of a nationwide manhunt led by tenacious United States Deputy Marshal Sam Gerard (Jones). Based on the classic 1960’s television series of the same name, The Fugitive garnered seven Academy Award nominations, including Best Picture, and earned Tommy Lee Jones a Best Supporting Actor Oscar and Golden Globe. In 2001, The American Film Institute also listed it as one of the “100 Most Thrilling” American films.

The Fugitive was released in August of 1993 and grossed over $368 million in worldwide box office.

Complete technical specifications have yet to be revealed, so it’s unknown at this time if the 20th Anniversary Edition release features the same MPEG-2 video transfer and Dolby Digital 5.1 audio track as the film’s 2006 Blu-ray release, or boasts a new remaster, AVC-encoded transfer and/or lossless DTS-HD Master Audio 5.1 surround track. However, the Blu-ray will include several special features, including:

Disclaimer: Affiliate links are contained in this post. This means when you click a link, and purchase an item, Movie House Memories will receive an affiliate commission. Advertisers and Affiliate Partnerships do not influence our content. See our Terms of Use about the inclusion of affiliate links on this site for more information.
July 17, 2013
1 minute read
Show More
Back to top button
Close
Close