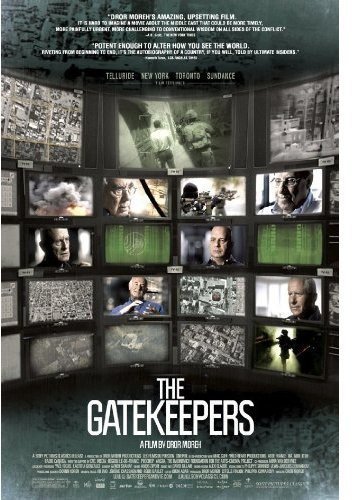 Sony Pictures Home Entertainment has announced that they are adding The Gatekeepers to their upcoming slate of Blu-ray releases. The film was directed by Dror Moreh and stars Ami Ayalon, Avi Dichter, and Yaakov Peri. The Gatekeepers will be available in stores and online July 9, 2013.

Charged with overseeing Israel’s war on terror – both Palestinian and Jewish – the head of the Shin Bet, Israel’s secret service, is present at the crossroad of every decision made. For the first time ever, six former heads of the agency agreed to share their insights and reflect publicly on their actions and decisions. The Gatekeepers offers an exclusive account of the sum of their success and failures. It validates the reasons that each man individually and the six as a group came to reconsider their hard-line positions and advocate a conciliatory approach toward their enemies based on a two-state solution.

Disclaimer: Affiliate links are contained in this post. This means when you click a link, and purchase an item, Movie House Memories will receive an affiliate commission. Advertisers and Affiliate Partnerships do not influence our content. See our Terms of Use about the inclusion of affiliate links on this site for more information.
May 28, 2013
1 minute read
Show More
Back to top button
Close
Close