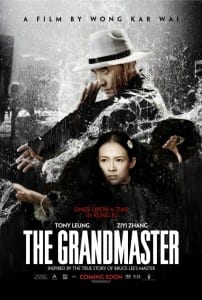 The Weinstein Company has released a new trailer for their upcoming action drama The Grandmaster. The film is directed by Kar Wai Wong and is based on his original story. The action film stars Ziyi Zhang, Tony Leung Chiu Wai, Hye-kyo Song, Siu-Lung Leung, and Chen Chang. The Grandmaster is scheduled to hit theaters in the United States on August 23rd.

The film is an epic action feature inspired by the life and times of the legendary kung fu master, Ip Man. The story spans the tumultuous Republican era that followed the fall of China’s last dynasty, a time of chaos, division and war that was also the golden age of Chinese martial arts. Filmed in a range of stunning locations that include the snow-swept landscapes of Northeast China and the subtropical South, The Grandmaster features virtuoso performances by some of the greatest stars of contemporary Asian cinema.