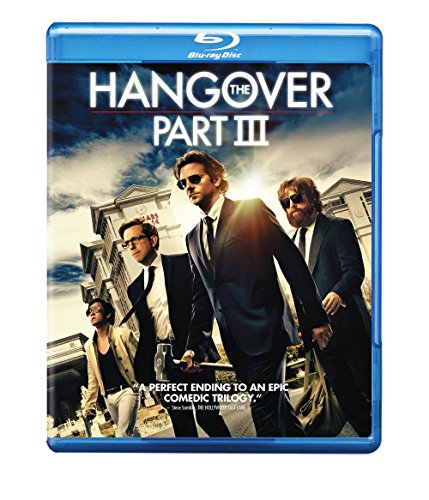 It’s been two years. Phil, Stu and Doug (Cooper, Helms, and Bartha) are happily living uneventful lives at home. The only member of the Wolfpack who’s not content is Alan (Galifianakis). Still lacking a sense of purpose, the group’s black sheep has ditched his meds and given in to his natural impulses in a big way-which, for Alan, means no boundaries, no filters and no judgment… until a personal crisis forces him to finally seek the help he needs. What could possibly go wrong? When the Wolfpack hits the road, all bets are off.

The Hangover Part III was released in May of 2013 and grossed over $350 million in worldwide box office to date.

Disclaimer: Affiliate links are contained in this post. This means when you click a link, and purchase an item, Movie House Memories will receive an affiliate commission. Advertisers and Affiliate Partnerships do not influence our content. See our Terms of Use about the inclusion of affiliate links on this site for more information.
August 13, 2013
2 minutes read
Show More
Back to top button
Close
Close