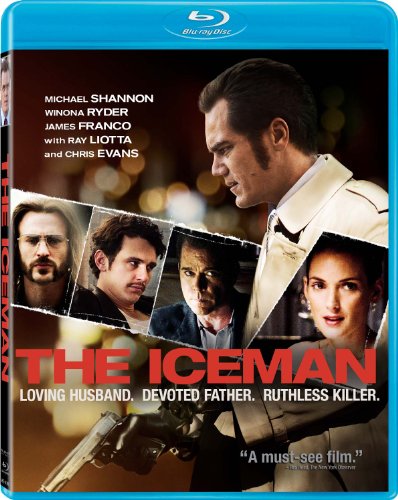 Millennium Entertainment has announced that they are adding the crime-thriller The Iceman to their upcoming slate of Blu-ray releases. The film is directed by Ariel Vromen and stars Michael Shannon, Winona Ryder, Chris Evans, Ray Liotta, David Schwimmer, Robert Davi, Stephen Dorff, and James Franco. The Iceman will be available for purchase online and in stores beginning on September 3rd.

Inspired by actual events, The Iceman follows notorious contract killer Richard Kuklinski (Shannon) from his early days in the mob until his arrest for the murder of more than 100 men. Appearing to be living the American dream as a devoted husband and father; in reality Kuklinski was a ruthless killer-for-hire. When finally arrested in 1986, neither his wife nor daughters have any clue about his real profession.

The Iceman was released in May of 2013 and grossed just under $2 million at the box office.