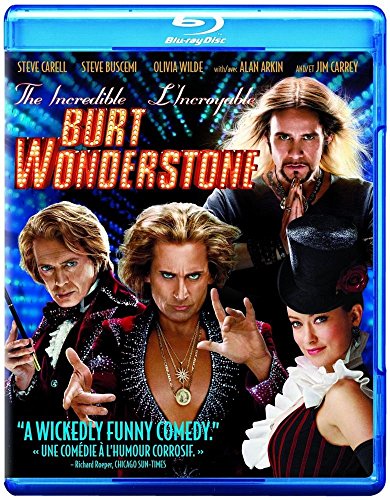 In the film, superstar magicians Burt Wonderstone (Carell) and Anton Marvelton (Buscemi) have ruled the Las Vegas strip for years, raking in millions with illusions as big as Burt’s growing ego.  But lately the duo’s greatest deception is their public friendship, while secretly they’ve grown to loathe each other.  Facing cutthroat competition from guerilla street magician Steve Gray (Carrey), whose cult following surges with each outrageous stunt, even their show looks stale.  But there’s still a chance Burt and Anton can save the act—both onstage and off—if Burt can get back in touch with what made him love magic in the first place. Alan Arkin, Gillian Jacobs, Jay Mohr, Brad Garrett, and James Gandolfini also star in the film.

The Incredible Burt Wonderstone was released in March of 2013 and grossed over $22 million at the box office to date.

Disclaimer: Affiliate links are contained in this post. This means when you click a link, and purchase an item, Movie House Memories will receive an affiliate commission. Advertisers and Affiliate Partnerships do not influence our content. See our Terms of Use about the inclusion of affiliate links on this site for more information.
April 25, 2013
1 minute read
Show More
Back to top button
Close
Close