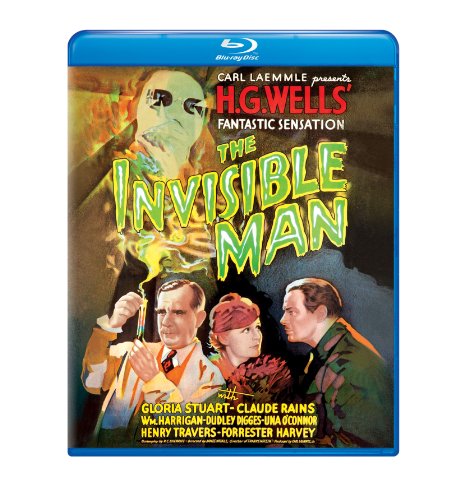 Universal Studios Home Entertainment has announced that they are adding The Invisible Man to their upcoming slate of Blu-ray releases. The film was directed by James Whale and stars  Claude Rains, Gloria Stuart, Henry Travers, Una O’Connor, William Harrigan, and Forrester Harvey. The Invisible Man will be available in stores and online June 4, 2013.

The signature adaptation of H.G. Wells’ novel of the same name stars Claude Rains as a mysterious scientist who discovers a serum that turns him invisible. Covered by bandages and dark glasses, the scientist arrives at a small English village and attempts to hide his amazing discovery. He soon discovers, however, that the same drug which renders him invisible is slowly driving him insane and making him capable of committing unspeakable acts of terror. Directed by James Whale, the horror classic features groundbreaking special effects by John P. Fulton that inspired many of the techniques that are still used today.

The Blu-ray edition of The Invisible Man features a DTS-HD Master Audio 2.0 Mono track and the following extras:

Disclaimer: Affiliate links are contained in this post. This means when you click a link, and purchase an item, Movie House Memories will receive an affiliate commission. Advertisers and Affiliate Partnerships do not influence our content. See our Terms of Use about the inclusion of affiliate links on this site for more information.
May 8, 2013
1 minute read
Show More
Back to top button
Close
Close