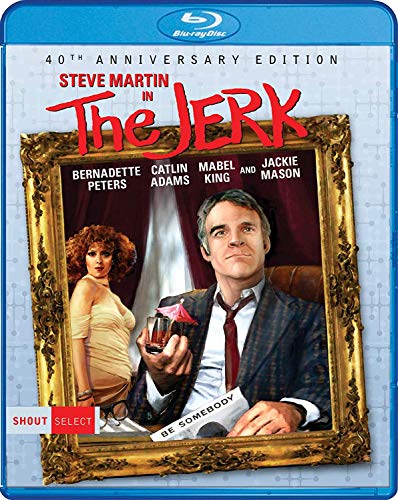 “The Jerk … is by turns funny, vulgar and backhandedly clever, never more so than when it aspires to absolute stupidity.” – Janet Maslin, The New York Times

Hailed as one of the funniest movies of all time, The Jerk stars Steve Martin as Navin Johnson, the adopted son of a poor black sharecropping family in Mississippi. When he learns that the world is a much bigger place than he’d ever imagined, Navin sets out on a quest to find his “special purpose.” His adventures lead him to encounter a would-be assassin, jobs in carnivals and gas stations, a life-saving dog, romance with the girl of his dreams and more money than he could ever spend. But his life in the clouds may come crashing down when the source of his new fame and fortune creates disastrous side effects.