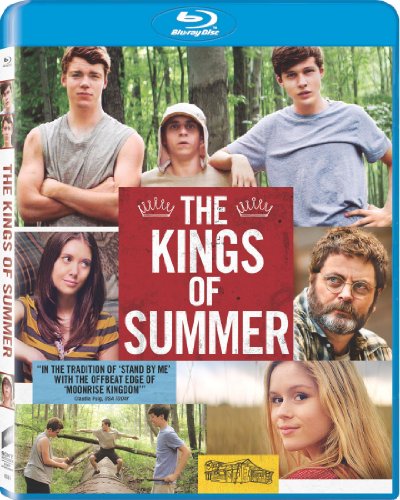 The Kings of Summer [Blu-ray]

Sony Pictures Home Entertainment has announced the addition of the coming-of-age Indie film The Kings of Summer to their upcoming slate of Blu-ray releases. The film, which was formally known as Toy’s House, was considered by many to one of the funniest films at Sundance 2013. The Kings of Summer is directed by Jordan Vogt-Roberts and stars Nick Robinson, Gabriel Basso, Moises Arias, Nick Offerman, and Alison Brie. The Kings of Summer is currently available for pre-order online and will be available in stores everywhere beginning on September 24th.

The film is about Joe Toy (Robinson), a young boy who is on the verge of adolescence. He finds himself increasingly frustrated by his single father’s (Offerman) attempts to manage his life. Declaring his freedom once and for all, he escapes to a clearing in the woods with his best friend, Patrick (Basso), and a strange kid named Biaggio (Arias). He announces that they are going to build a house there, free from responsibility and parents. Once their makeshift abode is finished, the three young men find themselves masters of their own destiny, alone in the woods.

Disclaimer: Affiliate links are contained in this post. This means when you click a link, and purchase an item, Movie House Memories will receive an affiliate commission. Advertisers and Affiliate Partnerships do not influence our content. See our Terms of Use about the inclusion of affiliate links on this site for more information.
August 11, 2013
1 minute read
Show More
Back to top button
Close
Close