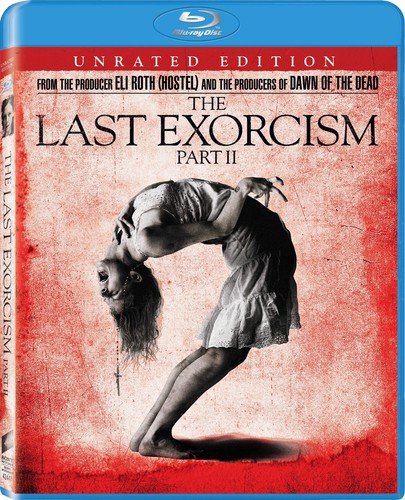 Sony Pictures Home Entertainment has announced that it will bring the horror film The Last Exorcism Part II to Blu-ray this summer. The film is directed by Ed Gass-Donnelly, who also co-wrote the screenplay with Damien Chazelle. Ashley Bell

reprises her role from the first film, and is joined by Spencer Treat Clark, Andrew Sensenig, Judd Lormand, and Julia Garner. The Last Exorcism Part II will be available online and in stores beginning on June 18th.

In the movie, which continues where the first film left off, Nell Sweetzer (Bell) is found terrified and alone in rural Louisiana. Back in the relative safety of New Orleans, Nell realizes that she can’t remember entire portions of the previous months only that she is the last surviving member of her family. Just as Nell begins the difficult process of starting a new life, the evil force that once possessed her is back with other, unimaginably horrific plans that mean her last exorcism was just the beginning.

Disclaimer: Affiliate links are contained in this post. This means when you click a link, and purchase an item, Movie House Memories will receive an affiliate commission. Advertisers and Affiliate Partnerships do not influence our content. See our Terms of Use about the inclusion of affiliate links on this site for more information.
May 7, 2013
1 minute read
Show More
Back to top button
Close
Close