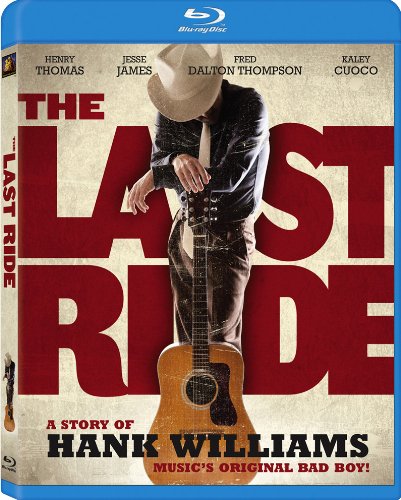 Twentieth Century Fox Home Entertainment has announced that they are adding The Last Ride to their upcoming slate of Blu-ray releases. The film was directed by Harry Thomason and stars Henry Thomas, Jesse James, and Fred Dalton Thompson. The Last Ride will be available in stores and online June 4, 2013.

Before Elvis, before Johnny Lee Lewis, Buddy Holly, Johnny Cash, the first bad boy star of American Music was Hank Williams. He is now regarded as the greatest country music star of all time, and the grandfather of country-western. The Last Ride recounts his last trip from Alabama to Ohio in December 1952.

Twentieth Century Fox Home Entertainment has not released any details concerning the exact tech specs and special features that will be included with the disc.

Disclaimer: Affiliate links are contained in this post. This means when you click a link, and purchase an item, Movie House Memories will receive an affiliate commission. Advertisers and Affiliate Partnerships do not influence our content. See our Terms of Use about the inclusion of affiliate links on this site for more information.
May 8, 2013
1 minute read
Show More
Back to top button
Close
Close