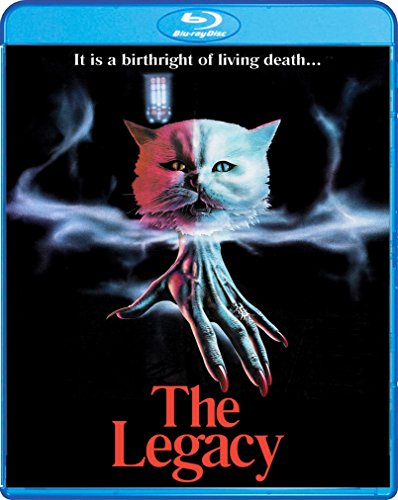 Shout Factory has announced that they are releasing The Legacy (1978) onto Blu-ray. The film is directed by Richard Marquand and stars Katharine Ross, Sam Elliott, John Standing, and Roger Daltrey. The Legacy will be available online and in stores this August.

How far would you go to inherit everlasting life? When an American couple (Ross and Elliott) have a mysterious car accident in the English countryside, the other driver offers to take them to his lavish country estate to make amends. But once there, the suspense deepens when they learn the other houseguests are expecting them! It’s not long before the couple’s fear turns to terror when the guests (including rock superstar Daltrey) begin dying in unspeakable ways. Now it’s clear the true master of the house is a supernatural force that will stop at nothing to find the rightful heirs for an unimaginably horrible legacy.