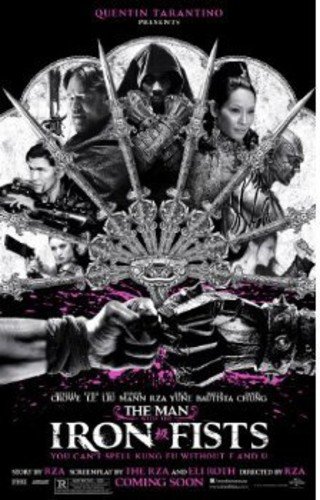 The Man with the Iron Fists [Blu-ray]

The film tells the story of a band of warriors, assassins, and a rogue British soldier descend upon a village in feudal China on the hunt for a fabled treasure of gold.  Along the way, they encounter a humble blacksmith who looks to defend himself and his fellow villagers.  The screenplay was written by RZA and Eli Roth.

The Man with the Iron Fists was released in November 2012 and grossed over $15 million at the box office.

Here is the red band theatrical trailer for The Man with the Iron Fists.

Disclaimer: Affiliate links are contained in this post. This means when you click a link, and purchase an item, Movie House Memories will receive an affiliate commission. Advertisers and Affiliate Partnerships do not influence our content. See our Terms of Use about the inclusion of affiliate links on this site for more information.
January 8, 2013
1 minute read
Show More
Back to top button
Close
Close