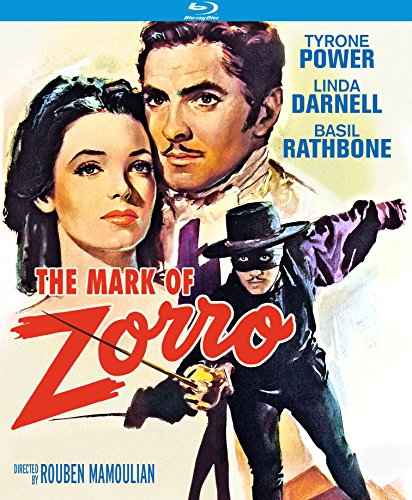 The Mark of Zorro [Blu-ray]

‘The Mark of Zorro’ Movie Synopsis

When 19th century nobleman Don Diego de Vega returns to his home town of Los Angeles, he finds the sinister Captain Esteban Pasquale has removed Vega’s father as the Acalde, and installed a corrupt new regime. During the day, the new Acalde’s equally crooked politicians rob the people at every turn, but during the night, Diego, dawns a mask to become Zorro. He strikes a blow for justice to defy their new laws, and avenge their tyranny. He leaves the letter “Z” as a calling card wherever he goes. This attracts the attention of many people including the Acalde’s niece, who can’t help but fall in love with the mystery man.

Hondo (1953) Looks for His Lost Blu-Ray in Apache Territory

Hondo (1953) Looks for His Lost Blu-Ray in Apache Territory