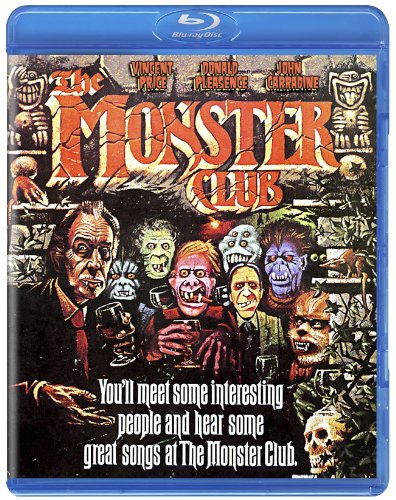 Scorpion Releasing has announced that addition of the comedy horror The Monster Club to their upcoming slate of Blu-ray releases. The film was directed by Roy Ward Baker and starred Vincent Price, Donald Pleasence, John Carradine, Stuart Whitman, Richard Johnson, Barbara Kellerman, and Britt Ekland. The Monster Club is currently available for pre-order online and will be available in stores everywhere beginning on September 24th.

In the film, when elder vampire Erasmus (Price) literally gets a midnight snack from horror writer R. Chetwynd – Hayes (Carradine), he invites him back to a local hot spot where all the guys are ghastly and the girls are ghoulish! There three spine-tingling tales unwind to the beat of rockin’ tunes from an array of pop performers. The film was released in May of 1981.

The Blu-ray will includes several special features, including::

Disclaimer: Affiliate links are contained in this post. This means when you click a link, and purchase an item, Movie House Memories will receive an affiliate commission. Advertisers and Affiliate Partnerships do not influence our content. See our Terms of Use about the inclusion of affiliate links on this site for more information.
August 13, 2013
1 minute read
Show More
Back to top button
Close
Close