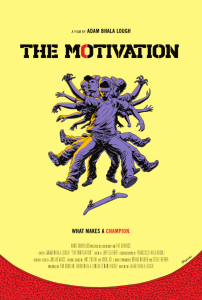 GoDigital Media Group has released the first theatrical trailer for the sports documentary The Motivation. The film is directed by Adam Bhala Lough and features appearances by Steve Berra, Chris Cole, Rob Dyrdek, Nyjah Huston, and Eric Koston. The Motivation has yet to have a wide theatrical release scheduled.

In the film, eight of the world’s best pro-skateboarders prepare for the upcoming Street League Championship in NYC. Each equally talented, they all must overcome unique challenges – family pressures, injuries, money, fame and their own internal struggles – for a chance to win $200,000 and the title of best street-skateboarder in the world. The Motivation is a non-fiction sports film from internationally acclaimed filmmaker Adam Bhala Lough (The Carter, Bomb the System) featuring the biggest names in professional skateboarding today.

Theatrical Trailer For The Motivation  courtesy of Movie Clips Trailers

New Featurettes And Clips For The Wolverine

New Featurettes And Clips For The Wolverine